Technology advances every day, and with it comes new exciting ways of viewing our favorite movies and tv shows. While cable television has dominated the television market for years, and is still the preferred method of viewing by the older generations, it has had to make way for satellite tv and streaming services. There are many pros of cable tv, but there are also many cons. With the merging of internet and tv, more and more people are making the move to streaming services as their number one choice in viewing service.

There has been a drop in the number of cable tv subscriptions since 2013, as there was an introduction of new competitors and streaming services. Another reason is that customers were not happy paying for channels they do not watch, and were looking for a more adaptable service package where they could choose the channels they wanted to watch and not pay extra. There is a need for smaller, more targeted bundles, which cable tv does not always offer. One way that cable tv has tried to be more advanced and increase their numbers is by offering tv, internet and phone bundles along with their cable subscriptions.

Media companies have moved away from cable tv and introducing their own streaming services, allowing customers to view their favourite shows on their tv’s via a streaming box, on a laptop, or even on their phones while they are on the go. Customers have also found that streaming services are generally cheaper in households that have a stable internet connection. In most cases, the convenience of the internet trumps the reliability of cable tv in terms of being able to stream their shows from anywhere.

In recent customer satisfaction polls, 98% of those polled experienced no issues with their cable tv service, which shows that it is still currently a popular option, and could survive the change in technology. With cable tv there is also less equipment to install compared to satellite tv that uses a dish installed on your roof or exterior of your house, so it is an easy fuss-free installation using fiber optic cables that are installed inside. Foul weather does not affect cable tv in way that other services such as satellite tv and streaming services might be.

Cable tv remains a cheaper option and has a huge subscription base from the lower and middle-income households who might not have the ability to afford or sustain a reliable internet connection. Streaming services currently use a lot of bandwidth, and internet costs for high download speeds needed to stream movies and shows can be too much when you need to make a choice between entertainment and more important household costs such as gas, heating and food.

Only time will tell if cable tv will indeed survive in this modern age, and in the years to come. While still a popular choice, it is fast being overshadowed. By introducing newer content, increasing their area of service, and allowing customers to build their own packages and bundles, they could still be an excellent choice as an entertainment source.

Get $2,500 Value Of Software program Engineer Training Now For Simply $39

Mon Aug 16 , 2021
White label WEBSITE POSITIONING & hyperlink building providers. That content material CAN be on hyperlinks to your personal content material on different pages, however if you’re really helping a person perceive a subject – you ought to be LINKING OUT to different helpful sources e.g. different websites. An expert, whether […] 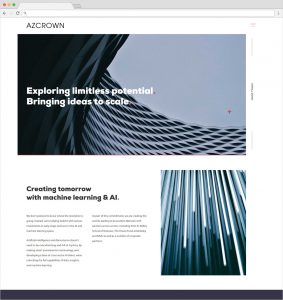