In recent years and especially in 2020, social media has been used as a tool for activism. On almost every social platform, it’s incredibly easy to spread awareness, educate followers and share petitions.

There’s no doubt that social media has played a large part in raising awareness about the coronavirus and distributing petitions for social movements like Black Lives Matter. However, it’s important to stop and think about what social media activism actually is and what it actually accomplishes.

Do the benefits outweigh the consequences? Is the possibility of misinformation justified at the cost of social change?

Take a look at some of the pros and cons of social media activism.

Young adults aged 16-24 spend an average of over three hours on social media daily. Technology is a significant portion of people’s lives, and information consumed online can greatly impact people’s lives and ways of thinking, as well as American society as a whole.

Social media has brought a new age of activism — literally anyone can advocate for the issues they care about from the comfort of their own home. It can also be done through many mediums. Anyone can post a video, write a caption or make an infographic.

Because of the accessibility of social media and its participatory nature, the internet has become a powerhouse when it comes to raising awareness about political and social issues.

For example, on May 28 — three days after the death of George Floyd was captured on video — over 8 million tweets had already been tagged with #BlackLivesMatter, according to The New York Times.

Social media played an indelible part in the widespread protests for racial justice that rocked the U.S. this summer, and it continues to spread awareness and education about social justice. It’s a valuable tool that, when used correctly, can create empowered movements that affect change.

Con: social media is the perfect host for misinformation

While social media can be a powerful tool for raising awareness, it also spreads misinformation.

Fake news spreads six times faster than true news on Twitter, and falsehoods are 70% more likely to be retweeted, according to the 2020 Netflix documentary “The Social Dilemma.”

Because social media has become a place of fast-paced action and instant gratification, many people don’t take the time to research the facts they come across on social media. It’s all too easy to share a post or retweet something without fact-checking it.

Because of algorithms that analyze user habits and, in turn, decide what each user sees on their timeline, social media can also become an echo chamber, in which one’s beliefs are amplified by people who share them and insulated from attack by outsiders.

This leads people to make snap judgments. If one agrees with the information they’re presented with, there’s less motivation to fact check it. People can develop a stronger foothold in their own beliefs and become closed off to those who disagree.

Misinformation has proven to be a serious issue, especially during an election and a pandemic, as evidenced by the recent false claims spreading across social media about the COVID-19 vaccines. It’s also led to political divisiveness to the point of violence, as seen in the aftermath of the presidential election.

Because of social media’s participatory nature, it’s easy to be socially and politically active on those platforms. Perhaps the best and largest outcome of social media activism is the signing and sharing of petitions.

This summer, many petitions called for social reform and justice, and many of them asked that police officers be prosecuted for their alleged violence against Black people. Many petitions that detailed similar demands erupted on social media. As of Feb. 7, one of the “Justice for George Floyd” petitions received over 19.7 million signatures.

Since the racial justice movement was revived this summer, it’s brought an influx of activism to social media, and petitions for other causes are popping up, too. Petitions for action on climate change and abolishing the death penalty have taken social media by storm.

Especially with the pandemic and the restrictions brought with it, it can be difficult to physically show up, so activism has surged on social media, where people can take action safely from their homes.

It happened just this summer. Even with protests occurring day and night in every major U.S. city, it happened.

Performative activism is the name for posting about social issues or attending events for personal purposes, usually to gain social clout, rather than from devotion to the actual cause.

In a world of TikTok trends and Twitter hashtags, it’s easy to get swept up in whatever’s popular. This summer, it was racial justice. Instagram and Facebook flooded with infographics and advocacy, but after a few months, it’s died down significantly.

While social media is a useful tool to get people involved in a public issue, it’s often too easy to repost something just because it’s popular. Many may end up participating in performative activism and sharing advocacy posts without actually learning about the issues or the movements they’re discussing.

These listed pros and cons are deeply intertwined. Yes, social media spreads awareness, but it also spreads misinformation. Yes, it gets people involved in activism, but it also incites performative activism for the sake of a trend.

Put simply, social media activism works if one uses it correctly. It works if people fact check the posts they share. To effectively and responsibly advocate for a movement online, one should take the time to learn and research the issues they’re talking about and develop a true devotion to their cause.

Tue Feb 9 , 2021
CES is the largest worldwide consumer technology event that gathers the most awaited products in the fields of science and technology. It is also regarded as the wind vane of international consumer electronics. As one of several coveted Future Tech Awards, Reader’s Choice specifically features the best products and services […] 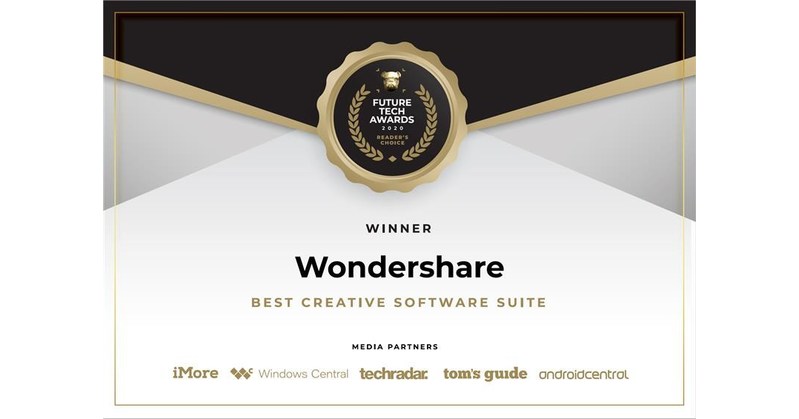