Global stocks had a mixed session Wednesday, with Wall Street resuming a rally and European bourses retreating, as concerns about fresh spikes in coronavirus infections lifted haven investment gold above $1,800 an ounce for the first time since 2011.

The eurozone’s key indices were down by a percent or more at the close, with London doing a little better.

But the picture was different in New York, where the Nasdaq surged 1.4 percent to end at 10,492.50, its fourth record in five sessions. The Dow and S&P 500 also climbed.

“It’s been a tug of war between investors that believe the data is getting incrementally and sequentially better, and investors concerned about the increase in case discoveries of COVID-19 and what that will be mean to the reopening plans of the economy,” said Art Hogan, chief market strategist at National Securities.

Amazon, Apple, Microsoft and Netflix all jumped more than two percent as technology companies again outperformed other sectors. The sector has been seen as a winner as more people work from home.

A string of positive indicators, from China to the US in recent weeks — as well as hopes for a vaccine and the easing of lockdowns around the world — had fuelled a global stock markets rally that had lifted equities out of their March depths.

But while hopes that the world economy will recover remained intact, the ongoing spread of coronavirus has led to volatility in recent sessions.

That helped gold climb to $1,804.31 an ounce Wednesday on the London Bullion Market, the highest level in 8.5 years, as recent dollar weakness also made the metal priced in the US unit attractive to investors.

With gold seen as a good store of value, Markets.com analyst Neil Wilson said the metal was also winning support thanks to fears of high inflation caused by central bank stimulus to prop up the global economy.

“The gold bull thesis rests not only on the requirement for safe assets given the economic uncertainty, but also longer term on fears of a surge in inflation caused by the massive increase in the money supply,” he said in a client note.

Adding to market unease were ongoing tensions between China, the US and several other nations over Beijing’s imposition of a security law in Hong Kong.

The pound, meanwhile, got a small boost against the dollar after Britain’s finance minister announced a package to help the economy recover from the coronavirus fallout.

How ‘The Daily Show’ Correspondents Are Zooming Through The Global Pandemic

Thu Jul 9 , 2020
Click here to read the full article. Telling jokes on television is tricky enough without throwing in a global pandemic, patchwork production facilities, empty rooms and poor internet connections. However, the correspondents on The Daily Show have been valiantly ploughing through to support Trevor Noah on the Comedy Central show […] 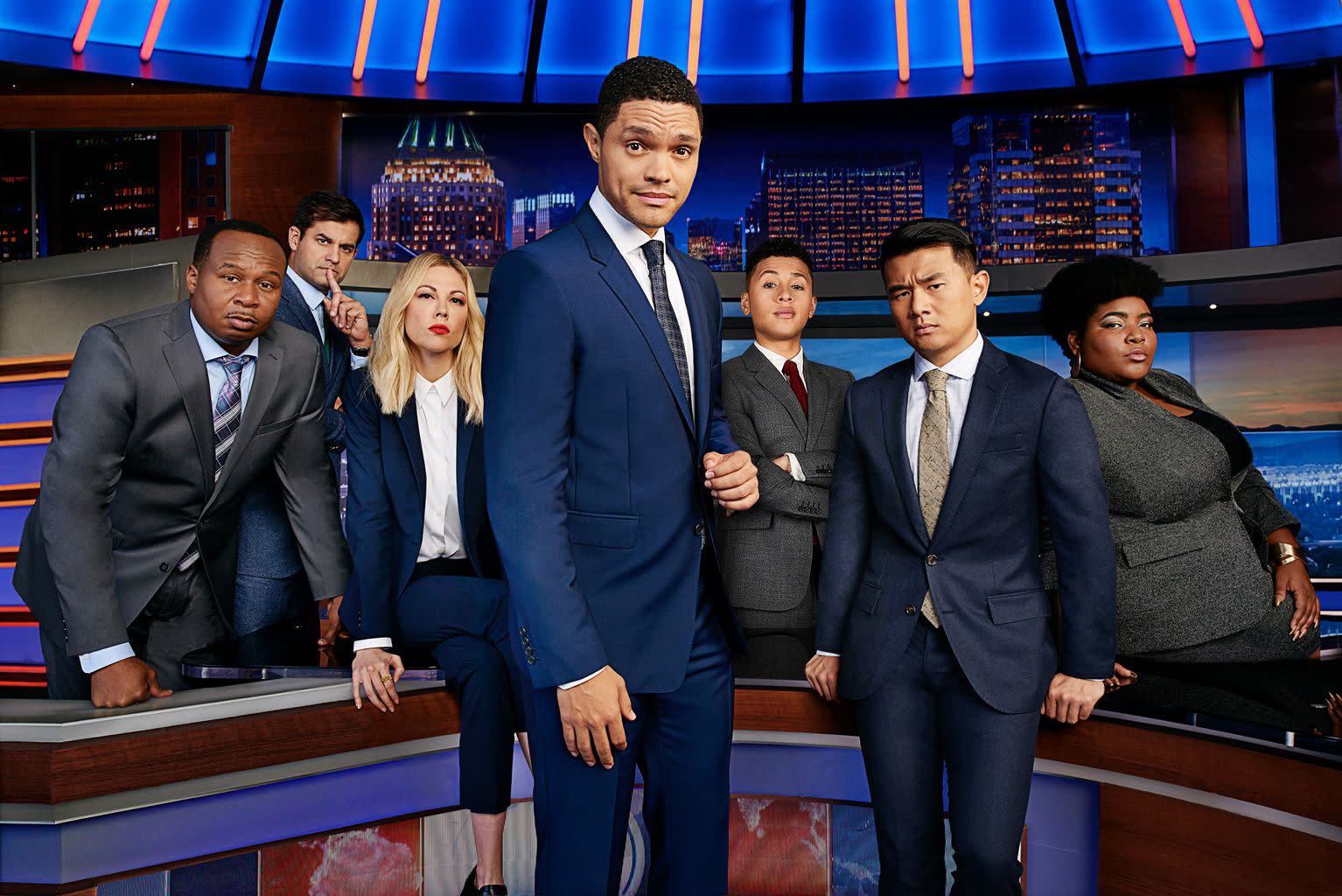