Tesla’s rapid rise to become the world’s most valuable carmaker could mark the start of a new era for the global auto industry, defined by a Silicon Valley approach to software that is overtaking old-school manufacturing know-how. Tesla’s ascent took many investors by surprise. But executives at Daimler AG, the […]

Tesla’s rapid rise to become the world’s most valuable carmaker could mark the start of a new era for the global auto industry, defined by a Silicon Valley approach to software that is overtaking old-school manufacturing know-how.

Tesla’s ascent took many investors by surprise. But executives at Daimler AG, the parent company of Mercedes-Benz, had a close-up view starting in 2009 of how Tesla and its chief executive Elon Musk were taking a new approach to building vehicles that challenged the established system.

Daimler, which bears the name of the man who invented the modern car 134 years ago, bought a nearly 10% Tesla stake in May 2009 in a deal which provided a $50 million lifeline for the struggling start-up.

That investment gave Mercedes engineers an inside view of how Musk was willing to launch technology that wasn’t perfect, and then repeatedly upgrade it, using smartphone-style over-the-air updates, paying little regard to early profitability.

Mercedes engineers helped Tesla develop its Model S luxury sedan in exchange for access to Tesla’s partially hand-assembled battery packs, but in 2014 Daimler decided to sell their stake amid doubts Tesla’s approach could be industrialized at scale.

Tesla would go on to pioneer new approaches in manufacturing, designs in software and electronic architecture which enable it to introduce innovations faster than rivals, leaving analysts to draw comparisons with Apple.

Three people directly involved with the Mercedes side of the collaboration said the brief partnership highlighted the collision of old and new engineering cultures: the German obsession with long-term safety and control, which rewarded evolution, and the Silicon Valley carmaker’s experimental approach that embraced radical thinking and fast innovation.

“Elon Musk has been walking on the edge of a razorblade in terms of the aggression with which he pushes some technologies,” said a former Mercedes engineer who worked on the partnership.

By contrast, Mercedes and other established automakers are still not comfortable about releasing a new technology, such as partially automated driving, without years of testing.

Investors favor the Tesla model in an industry undergoing fundamental and dizzying change even though the U.S. carmaker will face an onslaught of competing electric vehicles from established automakers during the next few years.

They are putting their money on Musk and his company, even though Mercedes-Benz alone sold 935,089 cars in the first half of 2020, dwarfing the 179,050 delivered by Tesla in the same period.

Daimler and Tesla began collaborating after Mercedes engineers, who were developing a second-generation electric Smart car, bought a Tesla Roadster. They were impressed by the way Tesla packaged batteries, so arranged a visit to Silicon Valley to meet Musk in January 2009 and ordered 1,000 battery packs.

The collaboration expanded. At a joint press conference in the Mercedes-Benz museum in Stuttgart in May 2009, Tesla said the partnership would “accelerate bringing our Tesla Model S to production and ensure that it is a superlative vehicle”.

For its part, Mercedes wanted to use Tesla’s batteries to power an electric version of its compact Mercedes-Benz B-Class. The Tesla Model S would hit the road in 2012. An electric B-Class, arrived in showrooms two years later.

Despite having batteries supplied by Tesla, the Mercedes had a shorter operating range after Daimler engineers configured the B-class more conservatively to address their concerns about long-term battery degradation and the risk of overheating, a second Daimler staffer who worked on the joint projects told Reuters.

German engineers found that Tesla engineers had not done long-term stress tests on its battery. “We had to devise our own program of stress tests,” the second Daimler engineer said.

Before starting production of a new car, Daimler engineers specify a “Lastenheft” — a blueprint laying out the properties of each component for suppliers. Significant changes cannot be made once the design is frozen.

“This is also the way you can guarantee that we will be profitable during mass production. Tesla was not as concerned about this aspect,” the second Daimler source said.

Daimler’s engineers suggested the underbody of the Model S needed reinforcing to prevent debris from the road puncturing a battery pack, the first Daimler engineer said.

To quash doubts about safety and security, following a series of battery fires, Tesla raised the ride height of its vehicles, using an over-the-air update, and a few months later, in March 2014, said it would add a triple underbody shield to new Model S cars and offered to retrofit existing cars.

Musk was able to make adjustments quickly thanks to Tesla’s ability to burn through more cash during development.

“At Mercedes you can make such adjustments every three years at best,” the engineer said.

The Model S would go on to outsell the flagship Mercedes-Benz S-Class in the United States in May 2013, and outstrip S-Class deliveries globally by 2017.

Musk’s relentless focus on innovation explains, in part, why he has disrupted the traditional auto world. In an interview at the 2020 Air Warfare Symposium, published on YouTube, he was asked about the importance of innovation among his employees.

“We certainly need those that do advanced engineering to be innovative,” Musk said. “The incentive structure is set up … such that innovation is rewarded. Making mistakes along the way does not come with a big penalty. But failure to try to innovate at all … comes with a big penalty. You will be fired.”

Mercedes will release its EQS next year – a four-door limousine built on a dedicated electric vehicle platform, with an operating range of 430 miles. A new version of the Mercedes S-Class, which will have combustion and hybrid powertrains is due this year.

From an investor perspective, traditional players face billions of dollars in restructuring costs as they transform product lines and factories to move away from internal combustion technology

“No one is going to give an OEM (established automaker) a five-year window to say … you can totally retool your business, and I am going to buy in and fund this journey,” said Mark Wakefield, co-leader of automotive and industrials practice at consulting firm AlixPartners.

Start-ups, however, get time from investors to learn, make mistakes and grow, he added.

Investors are betting on Tesla’s ability to scale up manufacturing just as they once backed Toyota Motor Corp, which defined the auto industry’s last era with its mastery of highly efficient, high-quality lean production.

Toyota overtook the market capitalization of former industry leader General Motors in 1996, though it wasn’t until 2008 that it sold more vehicles than its Detroit rival.

The Japanese giant also cultivated ties with Tesla, with the U.S. startup helping it design an electrified RAV4 under a 2010 deal.

Toyota was impressed by the speed with which Tesla came up with the new design, but ultimately decided Tesla’s methods were not suitable for mass production by a mainstream manufacturer when Toyota’s standards for product quality and durability were applied, two company insiders familiar with the partnership said.

“Toyota accomplished what the project set out to achieve, and it ended in October 2014 after Tesla delivered roughly 2,500 electric powertrain systems over three years” for an electrified RAV4, a spokeswoman said.

Both the Toyota and Daimler collaborations were agreed before the Volkswagen emissions-cheating scandal in 2015, which prompted a global regulatory backlash and forced carmakers to step up investments in electric cars.

“That was all before dieselgate, which changed the economics of electric and combustion-engined cars,” a senior Daimler manager said. “Tesla has a lead. Let’s see if they can scale up.” 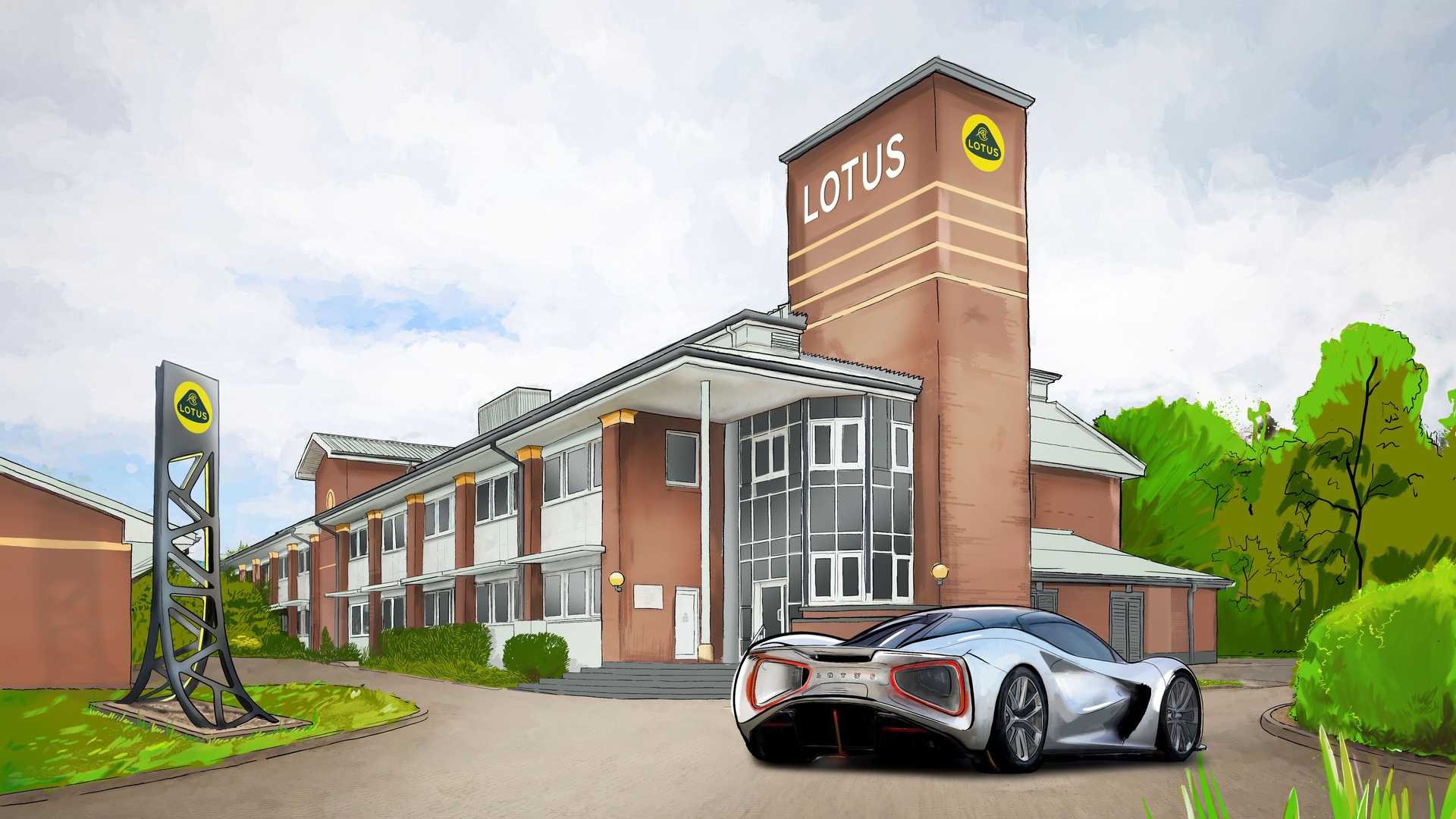