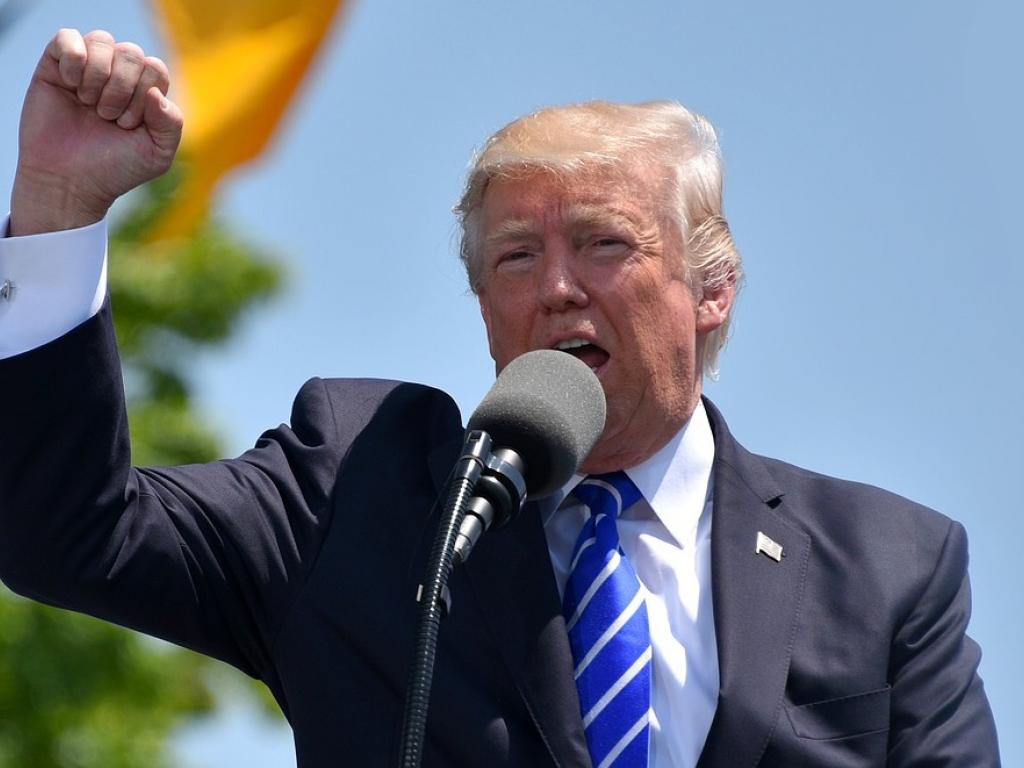 Former U.S. President Donald Trump is reportedly back on social media after a long hiatus. Not on Twitter Inc (NYSE: TWTR) or Meta Platforms Inc’s (NASDAQ: FB) Facebook and Instagram, but TRUTH Social, a platform that has his financial backing.

What Happened: Trump posted “I’M BACK! #COVFEFE” On TRUTH Social, according to media reports.

This is his first social media message in more than a year, following his suspension from Twitter and Facebook in January 2021 over his posts that were said to have incited a mob that stormed Capitol Hill, protesting against the legitimacy of President Joe Biden’s electoral victory.

The post also had a photograph of Trump standing on a lawn, poring over his phone, reportedly outside his Mar-a-Lago country club in West Palm Beach, Florida.

The #COVFEFE hashtag is a reference to his 2017 tweet, wherein he criticized the media for critical coverage. “Despite the constant negative press covfefe…” his tweet said back then.

Why It’s Important:  After Twitter agreed to be bought by Elon Musk, expectations of Trump’s account getting restored began to grow, given the Tesla, Inc.(NYSE: TSLA) CEO’s promise to make the microblogging site an “arena of free speech.”

Trump reportedly told Fox Media that he believes Musk can bring about improvements but he would prefer to stay with TRUTH Social. The platform was created by Trump Media & Technology Group in October 2021. It is now available on Apple, Inc.’s (NASDAQ; AAPL) App Store, with the service limited to users in the U.S. and Canada.

Trump’s team is planning to take the company public through a SPAC deal with Digital World Acquisition Corp. (NASDAQ: DWAC). After retreating to a low of $33.25 on Monday, Digital World’s stock has gained about 44% till Thursday’s close.

Earlier this week, Musk shared a screenshot showing TRUTH Social leading among free apps on the App Store, ahead of Twitter and TikTok.