BOISE, Idaho — This article originally appeared in the Idaho Press.

JFAC convened at 9 a.m. on this 75th day of the legislative session, with an agenda including setting new budgets for the Office of Information Technology, after Gov. Brad Little vetoed the original budget yesterday; and the Idaho Commission for Libraries, after the House killed the third version of that budget yesterday.

The OITS budget has only minor differences, deducting $100 from one line item, in addition to deleting a section of intent language that the Little administration was concerned could hamper cybersecurity efforts in light of a new alert from the White House for states to go on alert over cyber threats.

The new budget for the Idaho Commission for Libraries slashes $3.5 million in federal American Rescue Plan Act funds for grants for technology projects in Idaho libraries, in addition to removing $307,000 in state funding for e-books and digital titles for Idaho K-12 schools, which had been removed in the past two version of the budget, including the one the House defeated.

“While I recognize why we’re doing this, I am pretty discouraged to see the removal of local grants,” said Rep. Brooke Green, D-Boise. “This is unacceptable, this is completely in the opposite direction this state should be going. We really should be providing our community members access and this takes that away.”

Sen. Janie Ward-Engelking, D-Boise, said, “I just want to remind Idahoans how libraries played a pivotal role during the pandemic. They expanded access. … In some communities they have the only broadband, and that is desperately needed by students and people. … And I understand that compromise is sometimes necessary, but this budget does not reward the growing effort that our libraries have done in the last few years, so I’m hoping that we will do a better job next year.”

Rep. Ron Nate, R-Rexburg, spoke against the motion, saying it didn’t cut enough. “Given the environment of what’s going on in the Legislature and in the libraries with the amount of misinformation that’s being spread via emails,” he said, “the tendency to defend librarians before the first priority of…” He was interrupted by an objection.

“I object,” said Rep. Green. “This is not relevant to the budget at hand.”

Nate responded, “I believe this is the library budget, so talking about what’s going on in libraries is absolutely germane to the subject.” The budget is actually for the Idaho Commission for Libraries, which provides services to libraries across the state, but doesn’t operate libraries itself.

Green said, “We should not be attacking our librarians while we talk about this budget.”

Nate said, “If we want to get a budget that will pass both bodies, I think we need one that keeps in perspective the environment of what we’re doing here, with the different issues floating around. I think this budget is still excessive. I don’t think it has much of a chance of passing at least one body.” Nate then made a substitute motion to slash the budget for the Commission for Libraries for next year to $6.2 million, cutting another $1.5 million beyond what already was proposed to be cut. His motion died for lack of a second; his ally on JFAC, Rep. Priscilla Giddings, R-White Bird, missed the meeting.

The budget motion, which is a 10.5% cut in total funding for the commission next year, then passed on a 13-6 vote, with Reps. Horman, Amador, Syme and Nate and Sens. Agenbroad and C. Scott Grow voting no. Later, Green asked permission to change her vote from yes to no, so the tally came to 12-7 with one absent.

The committee then took up the intent language, which has been corrected from the previous version and still includes a section on “Obscene Material” that orders the Commission to verify that all its activities comply with state laws regarding minors and obscene materials, and that it report back in writing to JFAC on that by Sept. 2. Nate objected to the unanimous consent request to adopt the language, so Rep. Colin Nash, D-Boise, moved to adopt the language, and his motion was seconded by Ward-Engelking.

As the secretary began calling the roll, Nate said, “I’d like to make a substitute motion.” Agenbroad told him, “You’ve missed your opportunity. We’re calling the roll.”

The intent language was approved on a 17-1 vote with just Nate dissenting.

Both new budgets now still need to pass both houses of the Legislature before lawmakers can wrap up their session and adjourn sine die.

This article originally appeared in the Idaho Press, read more on IdahoPress.com.

See all of our latest political coverage in our YouTube playlist:

How were you alerted? Local leaders praise technology before tornado hit 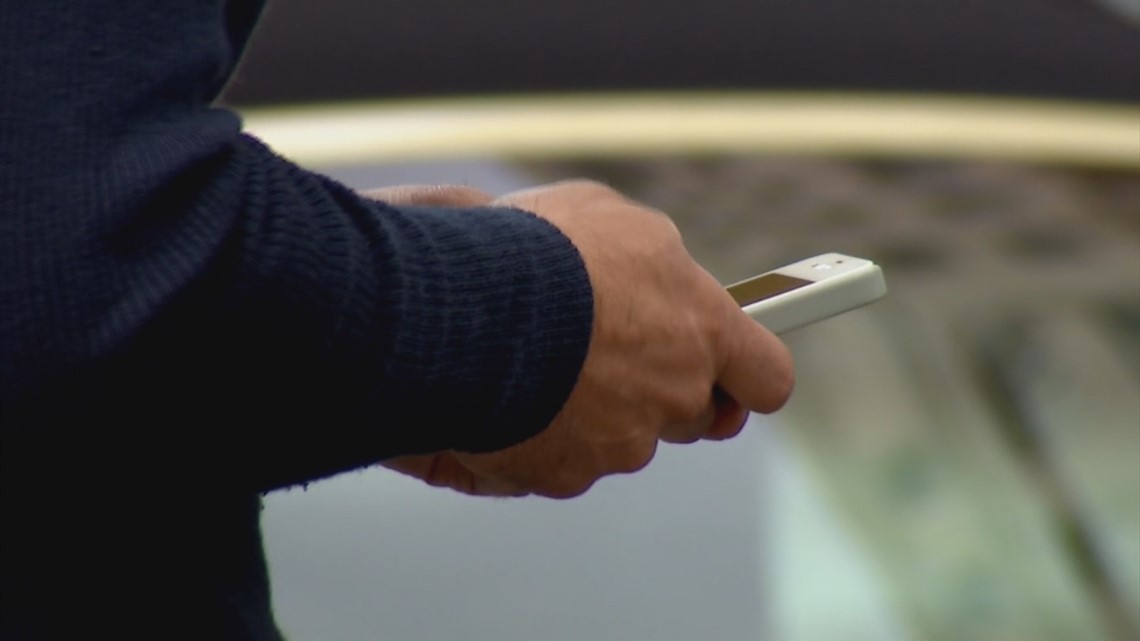