Steven Frumkin, dean of the Jay and Patty Baker School of Business and Technology at the Fashion Institute of Technology, died Thursday in Miami. The cause was COVID-19.

“With Dean Frumkin’s passing, we have lost a most valuable member of our community,” said FIT’s president, Dr. Joyce F. Brown. “Through his leadership, he not only earned the trust, affection, and respect of faculty, staff, and students, but also shaped the future of his school.”

Frumkin led the Baker School, FIT’s largest, for eight years since 2002. His appointment marked a return to FIT for Frumkin, who was an adjunct assistant professor in the colleges Textile Development and Marketing program from 1994 to 2000.

As dean, he was the force behind the accreditation of the majority of the school’s programs by the Accreditation Council for Business Schools and Programs, a status achieved by fewer than half of the country’s higher-education institutions with business programs.

Frumkin helped expand the reach of many of the school’s programs and recruited and developed innovative faculty. He was also instrumental in obtaining state-of-the-art technology for classrooms and labs.

Frumkin had an inimitable sense of humor, and was known for his fairness, supportive nature and for being “deeply student-centered,” according to FIT. Each year, he worked closely with student organizations including helping them secure funds for new equipment and finding storage space.

Prior to joining FIT, Frumkin worked as an associate professor at the School of Business Administration/School of Textiles at Philadelphia University.

The recipient of a 2004 Fulbright Scholar Award, Frumkin worked on projects for the U.S. State Department and United States Agency for International Development, or WINROCK, in Uzbekistan and Kazakhstan. There he worked with emerging manufacturing companies in the global marketplace. In 2007, he was awarded a U.S. Presidential Volunteer Service Award for his work in Central Asia.

Frumkin spent more than 30 years in many aspects of the textile, apparel and retail industry. Prior to his post at Philadelphia University, Frumkin was senior vice president at Carleton Woolen Mills Inc., president and general manager of hosiery company E.G. Smith/Keepers International, and president of Nazzareno Goti USA, an international sales, marketing and consulting organization.

He served on the advisory boards of several textile and apparel companies and consulted in India, China, Trinidad and Tobago, and Japan. In 2003, Frumkin was appointed the associate director of the Laboratory for Engineered Human Protection, a federally funded research initiative to develop protective clothing systems for military and civilian first responders.

Frumkin graduated with a bachelor’s of science degree from the Philadelphia College of Textiles and Science in 1970 and earned an MBA from the Bernard M. Baruch College, or CUNY, in 1977. As of Friday, funeral arrangements has not yet been determined.

Mon Jul 27 , 2020
SHANGHAI/BEIJING (Reuters) – Huawei Technologies’ founder Ren Zhengfei’s global ambitions are marked in bricks and mortar at a new company campus in southern China, where the buildings are replicas from European cities. Zhang Yiming, founder of ByteDance, the operator of short video app TikTok, has plastered his Beijing headquarters with posters […] 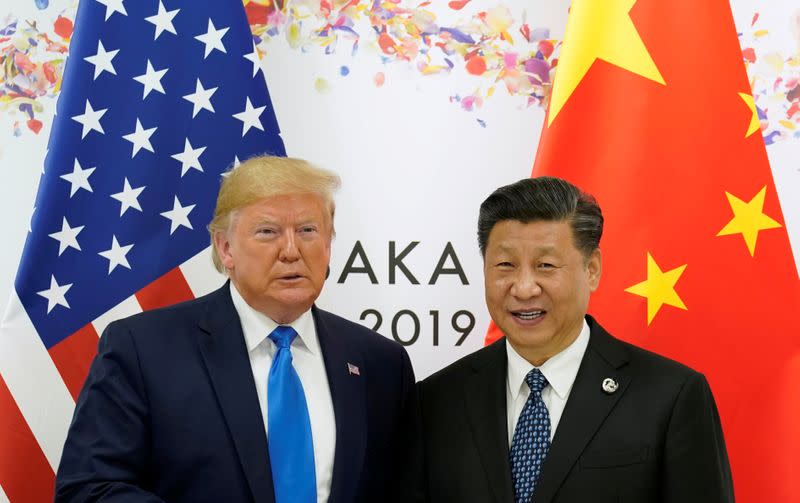